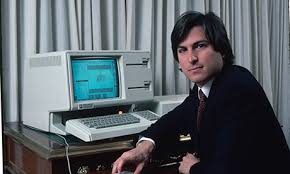 Everyone who has worked around technology the past few decades has a Steve Jobs story. Some have observed Jobs at a distance and felt the impact of his creativity and decisiveness, others have worked with him directly and more explicitly experienced his creativity and decisiveness. No meeting with Jobs is forgettable. Most meetings with him begin with a non-disclosure agreement, and since no one is quite sure of the statute of limitations he expects, I shall tread carefully through this post while still sharing some of my own observations.

So much has been said and written about Steve Jobs in the past week it is almost daunting to try to add to the collection without being redundant. In a recent profile on CNBC Titans, Jobs was portrayed in a balanced manner, fully celebrated as the Thomas Edison of our time, of course not without a few bumps in his long and winding road, personal and professional. The day after the announcement that Jobs would no longer be CEO of Apple, Walt Mossberg in the Wall Street Journal expertly assessed the legacy of Steve Jobs as someone who changed the way we live. Coverage and analysis have poured onto the web from professional and citizen journalists, the very volume of which speaks to the somewhat incomparable significance of his contributions.

My personal experiences with Jobs were mostly tied to the launch of the iMac, right after he returned to Apple in 1997. We had just launched a games label at Broderbund Software called Red Orb Entertainment, and Jobs invited us to be part of his new beginning. Riven: The Sequel to Myst, developed by Cyan Worlds, and The Journeyman Project 3: Legacy of Time, developed by Presto Studios, were both largely created on Macs by Mac devotees, so it was easy and natural for us to get onboard. Everything Jobs promised us happened, from the billboards to the print ads to inviting Cyan President Rand Miller to share in the keynote at the Macworld Expo. The iMac was unique, Jobs’s vision was unique, and he wanted unique products to be associated with its beauty. That was the beginning of Apple’s resurgence, and it was magical.

What was most impressive about the return of Jobs was how quickly he brought the core values back to the company that seemed to have evaporated with his initial departure. Meetings at Apple in the non-Jobs years had become, to say the least, painful. Apple had forgotten what was special about it, that its publishers and developers were a unique bunch, and that fully democratizing the Apple universe would serve no one customer well if the core values of Apple were not embraced. Upon Jobs’s return, those core values returned in real-time and included with stunning mandate:

• Intuitive user interface is not optional. If a customer needs a manual, something is wrong. I remember when we received very first prototype iPod, no one in the house knew what it was, but within five minutes of it landing on our doorstep we had it synched and working with iTunes. How much more intuitive does it get than getting a new high-end gadget that never previously existed and have it working flawlessly without instructions?

• Innovation is meant to leapfrog entrenched competitors. The iPod wasn’t a better MP3 player, it was a new vision of how music could be enjoyed. The iPhone wasn’t a better cell phone, it was a lifestyle device that put a computer in your pocket. The iPad wasn’t a better tablet, it was an all media delivery system that is light, fast, simple, and elegant. If Jobs was going to make incremental change, it would be on later versions of his own products. The products he introduced to market were to be leapfrog inventions.

• Think Different is much more than an advertising campaign. Think Different is an intellectual construct that begins by defying grammar and doesn’t end until we have exhausted elimination of the ordinary. It is sometime said the difference between a cult and a religion is how long a movement lasts, and for many devotees, Think Different is something of a religion. It forces us to challenge ourselves to achieve the impossible, and then when we achieve it, make it look simple to everyone else.

When I worked at Disney, I remember well the weekend we had a staff preview at our new theme park in Anaheim, Disney’s California Adventure. Disney had not yet bought Pixar, that was years away, so the relationship between the companies was quite separate. One of the attractions at the new theme park was a whimsical movie about the history of California hosted by Whoopi Goldberg that delved into what made California unique. That attraction no longer exists, but what I remember most about it was the section on Jobs, largely painting him not only as part of California’s history, but our nation’s economic advancement. The portrait was magnificent, because his contribution to the world through the Silicon Valley miracle was magnificent. It was more than California, it was more than technology, he was settling the new frontier. What felt weird to me was that what I was seeing was indeed history, but it was happening now, current events, a real man and a real life changing the lives of all of us with each new idea and grand leap forward. I never got to meet Walt Disney or Henry Ford or Sam Walton, they were more icons to me than tangible people. Steve Jobs had become part of our lore while he was still young and his legacy was unfolding in our time.

Yet of all the emblematic impact of Steve Jobs, what resonates most with me is what he means to the notion of reinvention. Here is a guy who was driven out of the very company he founded by the very fellow he had invited to help him run it. Had he done nothing else after that event he would have forever been part of the Silicon Valley story. Then he founds another company, then Apple falls on almost unrecoverable hard times because it has lost its way and he returns, embracing that new-new thing called the Internet and helping chart its hockey-stick future. As a sideline, he buys a small computer graphics company from George Lucas and helps guide it to become one of the most successful entertainment production studios of all time.

Like so many others, I am trying hard not to write a tribute, but instead capture the spirit of what the contributions of Steve Jobs can mean to every one of us, whether or not a devotee. The point is that reinvention is possible no matter how hard we fall on our face, and that is a lesson always worth re-learning. Reinvention is not the stuff of storybook fables and pep talks, but the stuff of necessary and vital resilience. We need concrete examples to see that reinvention is possible, that lives and devices and ideas can be reinvented if we have the will and commitment to Think Different.

For me, that is the legacy of Steve Jobs. All that he has accomplished in a lifetime is astonishing, but like his very small peer group of great visionaries who have led our economy forward, it is the abstract notion of reinvention that I see and feel whenever he is present, nearby, referenced, or invoked. No matter how many English teachers correct us, I hope we will never stop saying the words Think Different, attributing them appropriately, and giving all we can to reinvent the legacy.

5 thoughts on “Thoughts About Steve”

Ken Goldstein is executive chairman at ThriftBooks Global, the worldwide market leader in online sales of used books. He is also non-executive chairman at Good Men Media. Previously he served as Chairman & CEO of SHOP.COM, Executive Vice President & Managing Director of Disney Online, and VP / Executive Publisher of Entertainment & Education for Broderbund Software. He publishes the business blog CorporateIntel.us and has written three novels all published by The Story Plant: "This Is Rage" (2013), "Endless Encores" (2015), and "From Nothing" (2018).