Last week I spent a day and a half at a four-day conference in Los Angeles known as Digital Hollywood. I can remember speaking at this conference a number of times back in the bygone CD-ROM years, when QuickTime v1.0 was all the rage and the notion of getting postage stamp video to play on a PC was gleefully deemed the dawn of FMV (full motion video, which was still about 10 years and many versions of QuickTime to come). Digital Hollywood has been growing steadily since 1990 and is now hosted in multiple locations throughout the year. It has become well-attended and thrives on emerging trends and technologies that carry with them opportunity and hope.

While I can hardly say my tour through the panel discussions at this conference was exhaustive, my experience was that many people were there in search of the question: If I build it, will they pay? The broad desire seemed to be for so many passionate and creative souls, if they put their heart into creating digital content, is there any chance at making even a modest living at it? The big media companies continue to study the little companies, still trying to solve the riddle of how digital pennies can replace analog dollars before the next wave of Creative Destruction breaks on our Company Town shores. The little companies and individual voices remain excited by the notion that self-publishing has zero barriers to entry, and with no constraints on distribution, anyone can be in the communications game through YouTube, a blog, a web site, an email newsletter, a Facebook page, and with just a little bit of push a mobile app. The breadth of creativity screams freedom as well as opportunity, yet when you gather in the halls, creative satisfaction seems to be outpacing financial satisfaction at almost every level of the pyramid.

When asked about business models, studios and individuals alike tend to respond most often with the word “advertising.” There are actually several ways to monetize digital content (subscription, syndication, e-commerce, data mining research), but the approach you hear most is advertising. It continues to strike me as ironic that the greatest and most liberating technologies of our day so often point to something as old school as advertising to fuel them, as I am sure it surprised pioneers from Google to Facebook. We have seen the shift in advertising wreak havoc with print and radio and outdoor, and finally it is beginning to put pressure on television. My question remains, why aren’t traditional television ad budgets under significantly more duress?

When you watch a network television show in its time slot and a commercial tells you how the floor wax you are seeing in action will get your floors to sparkle, that’s brand advertising. It is meant to get you to remember the brand you saw on the commercial in a positive light when you are in the floor wax section of Safeway. That is achieved with reach (how many individuals see the commercial) and frequency (how many times they see it) which add up to affordable tonnage. If you are my age and can still recite the ingredients in a Big Mac, you have a pretty good idea how much money McDonald’s invested in the reach and frequency for that brand campaign when we were kids, super tonnage to burn into memory that pithy creative construct. 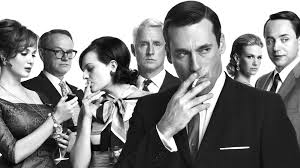 Brand advertising is usually measured in terms of broad sales increases in a product line or shifts in competitive market share as a result of the campaign. Skippy buys an ad schedule across TV, print, and radio, spends a certain amount, then measures over a period of time what impact it has on sales of their peanut butter. They may experiment then with new commercials, or add weight to TV and subtract it from print, trying to get the best return on investment possible. You can imagine what an inexact science it is, but if you pay X for your ads and get more than X in increased sales, you at least know your campaign paid for itself, and from there, the sky is the limit. In the 1960s and 1970s with three TV networks, it was really hard to go wrong with the kind of TV buys we now enjoy memorialized in Mad Men.

Direct response advertising used to be the less polished hard sell stuff we saw on late night TV or UHF, where the commercial or infomercial shows you a miracle vacuum cleaner obliterate a thick pile of goo and then gives you an 800 number to respond now and buy it. It is also the kind of advertising that worked well in print and catalogs via mail order. To this day it remains simple and exact to measure because there is little noise in the equation. You run an ad, your switchboard lights up with orders or it doesn’t. You know what you paid for the ad, you know how many orders you got. It’s not very glamorous, but compared to brand advertising, it is easy to evaluate and research is precise.

The glamour factor shifted with the internet from brand to direct, because the economics shifted with the internet at huge scale. On the internet, direct response, or performance based advertising, mostly trumps brand advertising. In the digital world, brand advertising became known as display advertising—in the consumer vernacular, banner ads (industry jargon sometimes calls them dots and spots) where payment is rendered by the advertiser for delivered inventory—insertion order invoiced tonnage just for showing up. The click-through rate on most display ads today is almost not worth measuring, but that does not mean they are not impactful. Most of the ads you see on Facebook are display, lots of reach and frequency, and much better targeted by interest level than ye olde TV.

Yet the glamour business of the internet remains keyword advertising, the logical evolution of direct response advertising, the sponsored links that have been most successful for companies like Google but are also used in comparative shopping sites and similar layouts where the ad buyer does not pay for an ad to be seen, the ad buyer pays for a click on the keyword link, and then counts on a certain number of clickers to follow through to transaction (that means buy something). Here again, the direct response model is more precise than the brand model and can be measured with sophisticated analytics, while the dots and spots—and now with video streams commercial insertions in Hulu and YouTube much like TV only shorter—should be fully intended to contribute to downstream sales activity, but are much harder to evaluate mathematically.

In the world of TV, brand still rules. In the world of internet, direct response still rules. The reason? Performance, also known as Return on Ad Spend (ROAS). You can still drive big sales and shifts in market share via a TV brand campaign, and you can do the same with an internet direct response campaign. So my fundamental question remains: why hasn’t the science of efficacy and research advanced to show how display campaigns online can approach the same sort of massive scale impact on consumers that they have on TV?

There are many things we can measure in both brand and direct response campaigns, some would argue too many. If McDonald’s stopped spending completely on TV and moved all that budget to the internet at better prices, would it have a negative impact on their business? Probably, or they would do it. The question is, how much can they move, and how much more affordable can it be for them to start moving more of it? How can they tie market share gains back to internet display campaigns? Attitude and usage studies—the kinds of email surveys you get asking if you have seen or remember a campaign—aren’t nearly enough to convince them they can move billions of dollars of burgers at the counter without an accompanying TV vehicle. They need digital brand campaigns that sell goods and services at scale and science to attribute the success—and we don’t yet have either.

Going back to our passionate content creators at Digital Hollywood—what do I think they should be worried about for their sustenance? I think their fate will be cast by leapfrog advances in advertising research, and I think those advances will come. With advances in the science of display advertising efficacy in digital platforms whether fixed or mobile, the big brand dollars will have to shift from television to non-television. It is not just a question of eyeballs (mind share, share of voice) shifting with a generation that has grown up digital, it is a question of what works, the reach and frequency and cost efficiency to make or break predictable sales of consumer products. When we have that science to show how digital spending improves on the job of TV, the big brand dollars will shift and content opportunities will flourish.

Almost every graph trend shows that the future for digital media is nothing but bright, but until the research and reporting platforms rescue brand advertisers from the opaque, illusive promise will remain greater than reality. That shouldn’t last much longer. Tell your digital research departments to put those monster TV budgets in their gun sights and keep innovating. It’s really good money if you can get it. And we will.

One thought on “Evolving The Ad Measure”