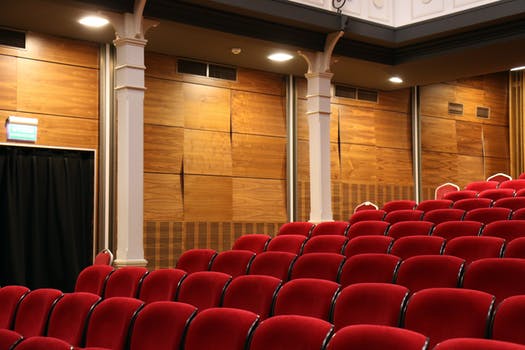 Shortly before the 90th Annual Academy Awards aired this past weekend, I took an online quiz asking how many of the 89 previous Best Pictures I had seen. Somewhat to my shock, the answer was 70. While many of these were late-night film society screenings during college when I was a projectionist, that’s still a lot of wasted youth.

With this year’s Oscars behind us, I thought it an apt time to confess the 10 (actually 20) most significant commercial motion pictures that have impacted my thinking and creative process. You probably know I read a lot of books, but I wanted to share with you some of the filmed stories that have most shaped me as a writer.

Although a few of those 70 Best Pictures are noted below, many of my choices are further off the ranch. Should you agree or disagree, I hope you might share your own favorites with me privately or publicly, particularly as they have influenced your creative thinking.

These are not in specific order, although they are directionally stacked. They all matter to me, and while my reasons are kept deliberately brief, I hope some of the influences come through in my own writing as you may experience it. No apologies, this aesthetic is a bit of who I am!

It’s based on Joseph Conrad’s forever-haunting Heart of Darkness. It was supposed to be Marlon Brando’s crown achievement, but that honor went to Martin Sheen. This Francis Ford Coppola masterpiece breathes the existential and freezes in time the horror of the Vietnam War with natural metaphor and nuance. “The End” by The Doors is the glue in its arc, and Robert Duvall demonstrates in a few brief lines that insanity is a product of subjectivity. The movie poster has been in my home office for over 30 years. It means that much to me.

Bob Fosse’s unforgettably dark self-portrait took his kinetic style of dance and nonlinear storytelling from stage to screen. When I first saw Roy Scheider smoking in the shower it strangely gave me solace to know I wasn’t the only person who did that. I gave up smoking long ago, but not the image of this wildly imperfect creative force. Curious it was released the same year as Apocalypse Now. It is just as creepy, just as thought-provoking, and just as hard to imagine ever being replicated in rhythm or texture.

The stage version of Amadeus changed my life by forcing me to look into the eyes of gift and mediocrity, so the film version should have been doomed by physical separation of the ephemeral. Joyously it made it through the system unblemished and leapt off the screen with passion, suffering, orchestral grandeur, and tragic demise. Milos Forman’s adaptation to the screen has everything going for it except Tim Curry, and if you don’t know he’s supposed to be there, the rest is superb. As the Emperor Joseph II repeatedly concludes, “Well, there it is.”

If there were ever a need for proof that a movie could simultaneously be a romantic love triangle, a piercing polemic, an adventure story with life-and-death stakes, and a slice of life that looks at war caustically through the lives of individuals, this is the perfect brew. Toss in the eternal Humphrey Bogart and Ingrid Bergman and you barely notice the Nazis surrounding them. Well, you do notice them, you’re supposed to know they’re there. That’s what ups the stakes and allows the endless deflection of one-liners to be etched into memory.

It’s a perfect movie, from a perfect book, with perfect music and a perfect cast. It’s a living time capsule, and if anyone is delusional enough to think they’ll ever prove the American musical is not a serious form of art, make them watch this once a year for the rest of their lives. You’re probably starting to see from this list that I have a leaning toward musicals, but only when they have an edge, and only when they become a part of the soundtrack of our lives. That obsession begins with Dorothy and her rainbow.

Sam Shepard as Chuck Yeager in an adaptation of Tom Wolfe’s lyrical New Journalism account of America’s entry into the space race—if there is anything that can be put on-screen better, I’ll be first in line and watch a day’s worth of repeat showings. We can never forget this seminal chain of events in American history, because in so many ways the Mercury astronauts bridged the Second World War to the scientific present. Sam, Chuck, Tom, all heroes of mine, and director Philip Kaufman stitched together the launch plan and fired it into orbit.

Before Dustin Hoffman gave into being the movie star version of himself, he played Lenny Bruce in a remarkable character study also brilliantly directed by Bob Fosse. I have been a student of Lenny Bruce all my life, and while there have been many renditions of who he was and why he mattered, Fosse pulled off the definitive portrait by pulling Hoffman’s strings and using editing as an interpreter to punctuate the sting of language in a world that needed to listen.

I was never much of a Stephen King fan. His short story upon which this film is based, “The Body,” changed that forever. This grounded tale is presented as a simple coming-of-age story that is wildly not simple, but instead a real-life parable of the naive courage and joy of childhood that becomes the fear and challenges of our adult lives. Once in my life I hope to write a line of dialogue as solid and well placed as “Suck my fat, one you cheap dime-store hood.”

With Francis Ford Coppola behind the typewriter and George C. Scott owning the wide-screen, this “blood and guts” gem proved to me it was possible to make a highly political film that confirmed the biases of every side of the aisle. It’s pro-war if you want it to be, anti-war if you want it to be, and proof that a literary interpretation of history is a compelling way to get people talking with each other about decisions and consequences that matter.

Please don’t laugh milk through your nose on this one, but if you know me, you know Pepperland is forever part of me. Okay, so I attempted to write a sequel when I was 17 because I loved The Beatles that much and knew I always would, but why is the toy sub on my desk, the iconic blanket on  my sofa, and the logo clock on the wall? I will never shake those Blue Meanies.

To be fully confessional, here are my 10 runners-up with even more restricted commentary, begging your imagination to extend my expository:

Meryl Streep arrives in an epic yarn where the horror of Vietnam is actually fictionally manipulated to make the idea of war even more horrible than the reality. The creative license pushes credibility to the wall, but with reason and deliberate intention to make change happen.

Kubrick and Clarke saw a future spectrum the rest of us wouldn’t inhabit for decades. Scoring it with Richard Strauss and Johann Strauss was even more mind-blowing.

Paddy Chayevsky sculpted the words and Peter Finch enshrined them: “I’m mad as hell and I’m not gonna take it anymore.” Now we live this.

Love, sensuality, and fleeting artistry exploded by the Soviet invasion of Czechoslovakia in 1968. Author Milan Kundera distanced himself from the film, but director Philip Kaufman never lets your eyes leave the characters on-screen.

Another Milos Forman interpretation of culture and generations run amok, proving that stage-to-screen musicals can last forever when they hit every note. The Age of Aquarius lives embedded in Central Park.

Director Alan Parker puts his blustery visual stamp on one of the most enduring rock concept albums and alienation conceits of all time. Fascism is revealed for skeptics in connect-the-dots human unraveling.

Behold the living argument against cynical compromise that makes poetry relevant and teachers the vital yet imperfect heroes to our younger selves.

This nerve bender could be the case study for “Just Say No.” If this Alan Parker film written by Oliver Stone didn’t scare you off from crossing borders with the wrong stuff, your bravado was misplaced.

It’s a slapstick comedy with literary roots that never stops being funny. Mel Brooks is a national treasure.

Well, that’s a wrap. I told you it was an eclectic and eccentric list, but some of each of these is in the stories I tell, the characters I share, and the images I try to illustrate. I hope this sheds some light on my world and opens a dialogue between us.

5 thoughts on “Movies That Most Influenced My Life (So Far)”