It has been over a week now since our Presidential Election, a good time to reflect. A broad consensus would seem to exist that it is good the election is over — on this we can all agree, and hey, that’s a start. 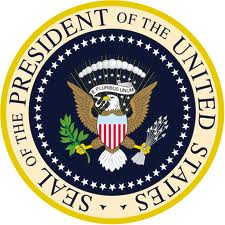 If the numbers tell the tale correctly, slightly more than half of us are pleased with the outcome and slightly less than half not so much. Some might argue this is how the Founding Fathers would have it, the decision is meant to be hard, to test our minds around this important choice, to continually rebalance power and draw it back from wide deviations away from center. The election is also meant to test our system, the backbone of this magnificent, ongoing experiment known as democracy, with the orderly assignment and peaceful transition of authority. No one in any lifetime favors all the victors in office, but we know to lawfully accept them until it is time to choose again. We can be proud that the process of choice remains a shared value, whether we got whom we wanted or not.

As mentioned previously, I try hard in this blog to be nonpartisan, because I believe careers are best approached from a nonpartisan context and that business is something we share, something that can bring us together more than separate us if we want that. I like that a broad coalition of CEOs is putting immense pressure on our elected leaders in Washington to make a deal that avoids the Fiscal Cliff, and I am assured that when that deal is made it will include varied input and smart compromise from any number of clever contributors.

Elections probably shouldn’t be emotional, but they are. If ever logic needed to prevail over sentiment, one would think that would have to be the case in choosing our government officials by the prized process of casting a vote. Unfortunately our human leanings get in the way of that, and rather than carefully analyzing the particulars of a candidate’s expressed ideas, we get drawn into the contest. We begin to root. It becomes too much like a sporting event, the candidate is coached and the marketing team fuels the public rivalry. There we are, cheering and booing for one side or the other. The problem with that is that unlike sports, even if my team loses, I still live in my city and you live in yours. I don’t have to get onboard with your team because they won, and next season I can go back to rooting for my team, hoping at last justice is done and yours loses. I am happy to allow my emotions to be manipulated because it’s all part of the entertainment experience. It sort of doesn’t work if I don’t feel that way — why buy tickets and t-shirts and stay glued to the TV unless my honorable team can defeat your hack team?

Those kinds of emotions may carry over to the voting booth, but it is obvious the metaphor implodes there. Your team will never be my team, but the President has to be our President. That’s not just Constitutional law, it’s pragmatic. It’s meant to make sense, to bring order and assurance. In the workshop I teach on executive leadership, I spend a lot of time talking about how business is well advised to be pragmatic. There is a role for emotion in business, but that is in brand building, bringing a customer into a relationship with goods and services where Like Is Not Enough. Decision making among business leaders has to be sensible, reasonable, credible. When you work for a company, you may agree or disagree with the executive team, but you don’t undermine them. You discuss, push back, respectfully argue and create reason to be heard, but to defy the leadership is not only to put the business at risk but also yourself at risk.

Both major party candidates in this federal election had strengths and weaknesses. Both raised vast financial resources. Both purchased gobs of advertising in key battleground states, and both tirelessly traveled the country to connect with their prospective constituents. Much has been and will be written about the strategy and tactics utilized by each, but on Election Day the competition ended. When a President is elected, he is not the party’s President, he is the nation’s President. To think anything other than we all have a stake in the President’s success is folly — dangerous folly.

Where are our passions now best applied? To ensuring the pragmatic. To demanding consensus. To lending our shared voices to the phones, email, and social networks that reach our Congressional Representatives — letting them feel the heat and urgency of our need to get on with it. Democracy works when vast numbers participate and fails when apathy rules. Be passionate about insisting on reason, be passionate about reminding our elected leaders they have chosen a path of service, be passionate about our shared need for innovation and ingenuity that takes us somewhere better and doesn’t leave us running in place. Let all emotion — especially anger — be tabled for pragmatism, at least until the highly paid political consultants whip us into a frenzy again two or four years from now. If you have to be mad, be mad that our elected leaders just might have the chutzpah not to work together on your behalf. That is something you really can do something about. I can be accused at times of idealism, but I promise you we do have that power. We really can begin the real work that only gets done when shared.

A unique aspect of our humanity is the ability to experience emotion, to feel passion, and when appropriate, act on that to drive an outcome grounded in substance and belief. I have seen it happen more than a few times in my career, and when I have, it has been almost impossible to replicate or counter. It has to be well placed. Right now it has to be placed not on who won or lost the election, or whose team got a trophy or some time off, but on how the important work ahead gets done in a pragmatic way we can together acknowledge as progress.

New York Governor Mario Cuomo famously articulated, “We campaign in poetry, but govern in prose.” That’s a much more applicable conceit for elected leaders than winning the World Series or the Super Bowl. Let’s not wait another two or four years to do democracy. Let’s do it daily. Together.

6 thoughts on “Our Real Work Begins”